In defense of "dumb" country lawyers. 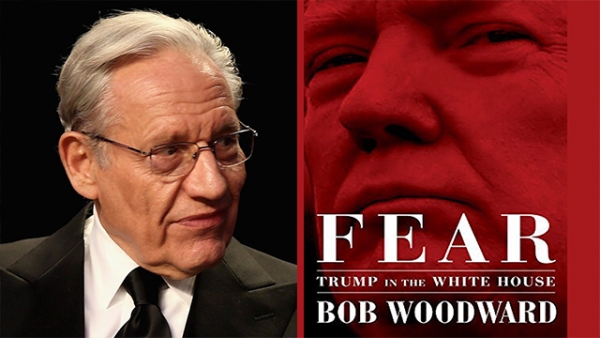 If you are unaware of the President’s supposed pot shots at those of us who ply our trade in the more pastoral boroughs of the state, The Washington Post’s Bob Woodward has out a new “tell all” book entitled “Fear: Trump in the White House.” Woodward you recall was the reporter who dropped the bombshell on the Nixon White House back in 1972, and was portrayed by Robert Redford in the film, “All the President’s Men.”

Woodward writes of many revelations claiming he received insider information from current White House operatives who listen to the President on a daily basis.  And, according to the book, Donald Trump makes it clear there is no love lost between him and his Attorney General Jeff Sessions. He is quoted as saying that: “This guy is mentally retarded. He’s this dumb Southerner. . . . He couldn’t even be a one-person country lawyer.”

Now I’m reading this to mean that “a one-person country lawyer” is about as simple and elementary as you can get if legal guidance is required.  No real talent or expertise required.  Just a little folksy off the shoulder opinion will do.

Do you have to be an Ivy League barrister to have the knowledge and expertise to make sound and compelling legal decisions? It’s a fact that all the current members of the U.S. Supreme Court attended either Harvard or Yale. But maybe that’s part of the problem with a number of questionable high court decisions. As Alabama law professor Ronald Krotoszynski wrote recently, “Are an attorney’s perspectives and capabilities “defined by the three years he or she spent in law school? Shouldn’t professional experience and judgment matter too? “

I graduated from Tulane Law School back in 1966 and moved to the rural town of Ferriday, Louisiana with a population of 5000. There were a few other lawyers in the surrounding parishes, most of who graduated from LSU. No specialized legalese in these rural courthouses.  Lawyers had to know a good bit about all phases of the law, both criminal and civil.

I handled civil cases ranging from divorces and small claims and stood toe to toe with big shot eastern attorneys representing General Motors and a number of major oil companies. On the criminal side, I was often appointed by the local judge to represent a cross section of those accused of robberies right up to capital cases. Many readers will remember the notorious Jim Leslie murder case that happened in Baton Rouge back in the 1970s.  Leslie’s killer was gunned down in Concordia Parish and I was appointed to defend this killer. I can tell you the whole sorted story.

Here’s my point. Country lawyers, particularly in the South, rarely take a narrowly defined career path. Sure, an attorney has to know the law. But there also is a need to comprehend the practicalities of how the law should be applied and how such application affects and impacts the average citizen.

I’ve come across a number of outstanding lawyers who graduated from Tulane, LSU and Southern law schools. They often have both solid legal aptitude and a good bit of plain old common sense.  Our judges, by and large, stack up with barristers anywhere in the country, and we certainly have the legal talent that is qualified to stand shoulder to shoulder with any justice presently on the U.S. Supreme Court.

So give us a break Mr. President.  We might surprise you down here in the deepest of the deep southern states. Yes, some up north may call us dumb southern country lawyers. But I have worked with many Louisiana attorneys, particularly in smaller towns, that can go eyeball to eyeball with any Ivy Leaguer. Simply put Mr. President, we wear our southern country lawyer title proudly.

More in this category: « Sodom and Gomorrah Judged by God because Men Refused to Keep His Commandments in Dealing with the Wicked Opinion: In the poker game that is American capitalism, the white man is on tilt »
back to top