Opinion: Frankly, the NY Times anonymous op-ed doesn't surprise me at all 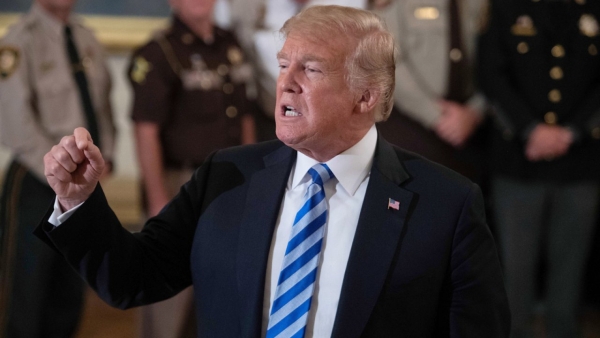 Multiple sources around the country are reporting on the NY Times Anonymous Op-Ed published on Wed September 5th titled, “I am part of the resistance inside the Trump administration.”  You should take a few minutes to read it over or watch the video in which CNN’s Kate Bolduan reads the entire piece. I'm not going to speculate who wrote it, but I do want to discuss it in general.

The Op-Ed has stunned many and,  apparently - enraged President Trump.

Um. Okay. I get why President Trump is angry. But why is everyone else stunned by this admission?

The Op-Ed basically says, “Hey, there are people within the White House that are actively trying to stop President Trump from fucking up the country. I should know. I’m one of them.” Conservatives are up in arms. Even Liberals are like, “This is not how the country works Mr. Anonymous - no one voted you into office so shut your piehole and obey!”

What about this Op-Ed is controversial? It basically says that - politicians and officials are working against each other. Don’t we already know this? I mean, don’t we have two parties publicly working against each other on many issues, all the time? Hell, didn’t the House and the Senate run 6 extremely vocal years of obstructionism against President Obama? It wasn’t even a secret. They went on TV and shit, and were like, “We’ll just not ever pass a budget and threaten to shut down the government every year and just not do our jobs and never vote on things - ever - as long as Obama is in office.”

Is the fear now supposed to be that “we didn’t elect” the person who wrote the Op-Ed who claims to be working against the President from the inside? Okay. I guess I can understand why that seems a bit awkward. Except that our elected President(s) get undermined by billionaires and officials both elected and / or appointed like, all the time.

I mean, I guess it’s controversial because finally someone came out and admitted it. Fair enough. The idea of the Deep State Conspiracy is that there is a body of people, typically - influential folks with powerful positions, that are secretly manipulating government policy. Some people believe in the Deep State actually runs the government. Some people think the entire idea of a Deep State is ludacris.

I don’t actually understand why the Deep State idea is even controversial.

Don’t get me wrong - I don’t believe for one second that the Deep State is a secret alien run Illuminati conspiracy. That’s fucking nonsense. But, as to the idea that influential (rich) folks and Corporations get politicians to do their bidding! Well - duh.  Everyone knows this happens. That’s what lobbyist do. It’s not even a secret and it’s legal. And they are out in the open. All over Washington. They don’t need a secret conspiracy to coerce the government into being their bitch. It pretty much just happens out in the open. With colossals amounts of cash. The manipulation of elected officials is nothing new and has been happening for … well, probably since folks invented government.

And now we have someone saying, “Hey, we’re working against the President. But, like - from within and in secret.”

Okay. Well, lots of people work against the President. But I guess this time it’s controversial because Anonymous is supposed to be on the President’s side. Therefor the whispered “soft coup” keeps popping up in the press. Well, a coup is an attempt to seize power from the government which I think we can all agree that is usually a bad idea but … but …. but it happens all the bloody time!

Lobbyists and their Corporate masters get our elected officials to do and say all sorts of asinine things that only help Corporations and will never, ever, ever help the people of the country. Sure, if a politician is publicly outed as being 100% in the pocket of Evil Corporation A, you can try and vote them out of office but the insane amount of $$ thrown into elections makes it very difficult for the people to seize any sort of power back from career politicians. Especially, when those politicians are in the pocket of Corporations.

It certainly doesn’t help that extremely popular conservative news organizations and even some moderately popular fringe liberal websites - just make shit up and spread fake news everywhere. Without accurate information it sometimes makes it hard to separate the good guys from the bad guys.

Look, I can see why the word “coup” frightens people. But I hardly feel this is a legitimate coup attempt. Perhaps Anonymous is overstepping his or her boundaries (it reads to me as if it was written by a man).  Are people not allowed to over step their boundaries in order to do things that are just and moral?

I certainly think so. Perhaps you don’t.