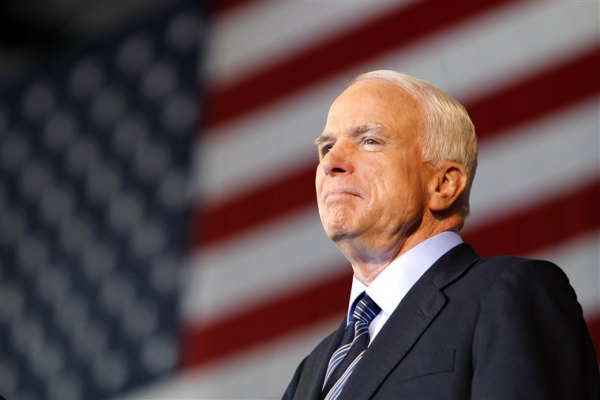 Legendary conservative maverick John Sidney McCain III died today from complications to brain cancer. His family announced just yesterday that McCain would no longer receive treatment for his cancer. Like many, I assumed that meant his passing was near but I was still shocked to hear of his death not even 24 hours later.

McCain has been in politics for 40 years first as a Navy liaison, then in the House and then a six time elected Senator. He was mainly an old school “war hawk, small government” Republican but at times cast surprising votes as he did in the July 25th, 2017 American Health Care Act vote but for the most part he, like most other politicians towed the party line. Initially, he even supported Donald Trump, albeit tepidly although in the past several months McCain has been incredibly critically vocal against the sitting president. McCain has laid low at home since December battling cancer, but he has still been active on social media and has only harsh words for the sitting President, basically agreeing with Hillary Clinton that Trump is a Putin puppet.

McCain has even been planning his funeral for months and has made it explicitly clear that President Trump is not invited. In fact, Senator McCain asked that former Presidents Obama and Bush give the eulogy. It reminded me of a few times during his failed 2008 Presidential run where he defended Obama against hostile crowd members. How many modern politicians can you name that have the guts to stand up to their own voters and defend a rival? The only two I can think of are Senator John McCain and President Barack Obama.

Anyway. Much has been written about and by him. He has multiple memoirs and there are thousands of tributes to him all over the internet. I will leave it to you to seek them out. Love him or hate him, Senator McCain was a very important figure in the United States and he fought a lot of good fights.

I doubt we will see anyone like John McCain in the Senate, especially on the Republican side of the aisle - any time soon.

I leave you with a touching tribute from his daughter, Meghan McCain. Her tweet this morning: 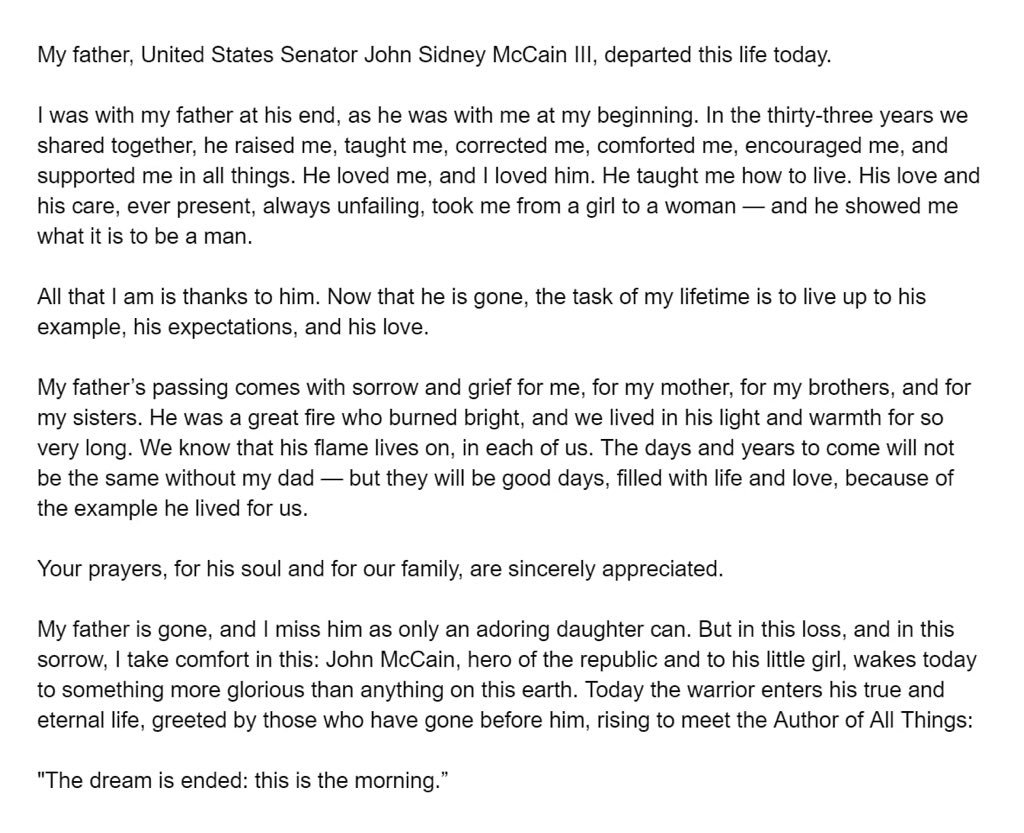