With Alex Jones’s suspension, Facebook has an opportunity to save itself a lot of trouble 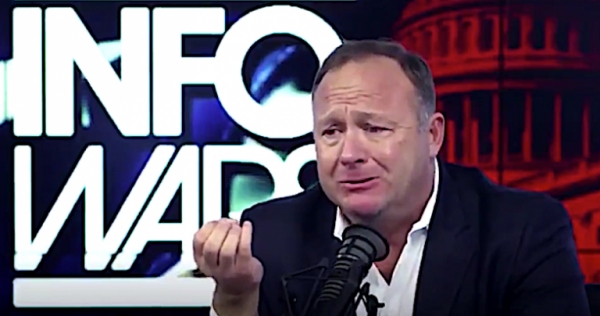 Alex Jones, host of Infowars and known conspiracy theorist, had his personal Facebook account suspended for 30 days as a result of violating the social network’s bullying and hate speech community standards.

While the suspension only applies to Jones’s personal Facebook account, he also cannot post to pages for which he serves as an admin. It doesn’t stop other Infowars admins from doing Jones’s bidding, however. Facebook also removed four Infowars videos for violation of the community standards previously stated a day after YouTube did the same. In the videos, Jones denounces Muslim immigrants to Europe and the creators of a transgender cartoon.

Not only has Facebook been alleged of being soft on digital crime committed by its users, the social network has taken steps to protect some of the more popular Facebook pages because they create considerable revenue for the company. Channel 4 Dispatches sent an undercover documentarian to work as a content moderator for a Dublin-based Facebook contractor and found that leading, far-right activists like Tommy Robinson of Britain First received special protection via “shielded review.”

Shielded review lifts a Facebook page or account from typical moderation by contractors to in-house moderation by Facebook staff, allowing for more careful consideration of the cash at stake. Well, Jones and his Infowars are far more popular than Robinson and Britain First.

Britain First’s Facebook page has just 7,100 likes and Robinson’s personal page has received 834,000 likes. Jones’s personal Facebook page has 1.6 million likes, and his Infowars page has nearly a million. So it stands to reason that if Britain First was subject to shielded review despite its 7,100 followers, then the Jones and Infowars pages would be monitored by Facebook staff and not independent contractors unconcerned with Facebook’s revenue and stock price.

Speaking of stock price, the day before Jones was slapped with a suspension, Facebook’s stock lost nearly 20 percent of its value. As of this writing, it’s hovering around $172 – down from an all-time high of $218.62.

Facebook’s long taken flak for it’s stance on fake news. “Just being false” is not grounds for suspension or even removal of content from the social network, according to its head of News Feed, John Hegeman. But allowing the publication of fake news using a product called “News Feed” is hypocrisy by anyone’s standards. Fake news is not news, therefore news feed is not a news feed. It never was. News Feed has been and always will be a social feed. What your friends’ cats are doing gets just as much attention as the day’s biggest headlines you’re most likely to read.

I can understand why Facebook doesn’t want to moderate the publishing of fake news. It would be incredibly costly to patrol and enforce a community standard banishing the publication of fake news. But publishing fake news is dangerous and has very real consequences, as Facebook knows all too well after the 2016 U.S. Presidential Election.

If publishing fake news isn't against Facebook community policy, the very name "News Feed" is misleading and misinformation in itself. False news is not news, and there's a difference between misreported news and false news. If Facebook is not going to attempt to make "News Feed" an actual news feed, the "News Feed" name should be scrapped for something more representative of the Facebook feed, like "Stories" or "Happenings."

I asked Hegeman, the vice president of News Feed, if there has ever been a discussion about renaming News Feed but received no reply via LinkedIn. It seems that would be enough to get Facebook off the hook for other people's publishing of fake news without having to monitor it. Facebook has an opportunity to save itself a lot of trouble by simply changing the name of something poorly named in the first place.

At least Alex Jones’s Infowars is appropriately named. There is a war over information. It’s just his definition of information that is misinformed.

If you like this, you might like these Genesis Communications Network talk shows: The Alex Jones Show, The Costa Report, Flow of Wisdom, America’s First News, America Tonight, Bill Martinez Live, Korelin Economics Report, The KrisAnne Hall Show, Radio Night Live, The Real Side, World Crisis Radio, Know Your Rights