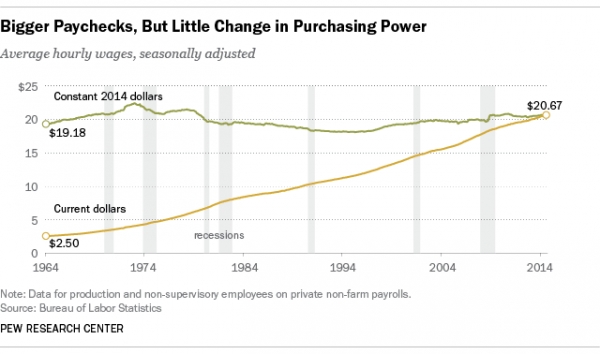 It’s no secret that Americans pay more for healthcare than anyone in the world, and it’s increasingly less of a secret that a better system would result in fewer infant deaths, fewer preventable deaths, fewer uninsured people, and less expense for Americans. What does that system look like, though? Well, it’s not privatized health insurance.

The problem with privatized health insurance is that it allows or forces people to go uninsured due to cost, which is why President Barack Obama’s Affordable Care Act is so important. It lowered the number of uninsured to an all-time low of 8.6 percent by forcing affordable coverage options upon them (if you live in a state that expanded Medicaid) or forcing them to pay a fine so the insured wouldn’t have to flip so much of the uninsured’s bill. And while healthcare costs are still increasing (they always will), they are increasing at a slower rate than they were prior to the ACA.

The biggest reason socialized healthcare is difficult for Republicans to stomach is because they don’t trust the federal government to handle healthcare. You hear them say that over and over, and that the states can do it better. I don’t disagree, but if India can provide free healthcare to roughly 276 million Indians living under the poverty line, the American government can certainly do it for 43.1 million impoverished Americans. States should not be allowed to opt out of this coverage. It should be mandatory because those with private insurance would be paying for fewer uninsured visits to the hospital, meaning hospitals wouldn’t have to increase costs for everyone because of the $900 each uninsured visitor costs them annually.

But socialized healthcare is not going to be passed by this Congress or any other unless the Democrats manage a supermajority at some point, and even then it’s no certainty given the bad, yet unwarranted, reputation the word “socialism” has in this country. (Hint: it’s not fascism.)

The House Republicans’ American Health Care Act won’t be passed by this Congress, either. At least not how it currently stands. But minimum wage legislation should appeal to constituents and politicians of both parties.

The biggest problem for Americans isn’t increasing health insurance premiums. The biggest problem is stagnant wages, which is why passing minimum wage legislation is so important. Back in February, the U.S. inflation rate was at its highest since 2012. An item that cost $20 back in 1997 would cost $30.38 today. That’s a cumulative rate of inflation of almost 52 percent in 20 years. Middle- and low-wage workers’ incomes grew just over five percent during the same period. When the value of the U.S. dollar decreases 10 times faster than incomes increase, people struggle to pay for everything. My father and an entire district of a machinists’ union didn’t get a raise for the eight years Ronald Reagan was President. Imagine working for the same wage for nearly a decade while the cumulative rate of inflation increased 36.4 percent over that time. By the end of the eight years your 1981 U.S. dollar was worth just 63.6 cents in 1989. The lack of union membership in America has a lot to do with the increased income for the top 10 percent of earners, too.

While the globalization of the economy makes executives more valuable, a lack of union membership and lack of collective bargaining allows executive salaries to inflate. And while the affordability of commonly used items like refrigerators, ovens, etc. has increased according to the CATO Institute, that doesn’t necessarily offset the ever-increasing cost of energy. Between 2005 and 2015, residential energy costs increased 34 percent despite prices of natural gas delivered to electric utilities declining nearly 60 percent and coal prices remaining essentially flat, according to the Institute for Energy Research. And we all know that gasoline is more expensive. Today’s average price for gasoline is 54 percent more than the inflation-adjusted price of 1998, when oil prices reached an all-time low of $18.13 per barrel.

Secondary education continues to be an increasing expense, which increased on average at a rate of nine percent at four-year colleges, 11 percent at two-year colleges and 13 percent at private colleges since 2011-12, according to CollegeBoard. “But you don’t need a college education,” you might say. Sure, you might not need it, but the value of of a secondary education was double that of an equal investment in the stock market back in 2011, according to the Brookings Institute, and USA Today reported that a New York Fed study determined the net present value of a college degree to be at an all-time high of $300,000 back in 2014.

Education isn’t the only thing that’s steadily increased in cost, either. The median cost of rent has increased 64 percent since 1960 and 12 percent from 2000 to 2010 despite median wages falling seven percent during that time, according to ApartmentList. The Consumer Price Index for food is also 2.4 percent higher than it was just a year ago, according to the United States Department of Agriculture.

No Conservative who is struggling to pay for necessities can successfully argue that they don’t deserve a raise, and no Republican politician can successfully argue that his or her struggling constituents don’t deserve a raise and keep his or her job. This is something Congress can pass and something Donald Trump should be proud to sign. It would be quite the blow to his predecessor if Trump managed to increase wages for all American workers making minimum wage. It would certainly make the numbers look better if Trump and the Republicans are successful in passing their healthcare bill, as more Americans would be able to afford health insurance.