Time for MLB to do away with divisions, 162-game season 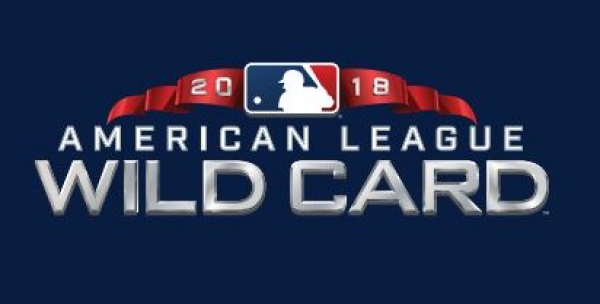 The 2018 MLB Wild Card Game could be played between the second- and fourth-best teams in the American League, while the league's sixth-best team gets a pass onto the Divisional round. MLB Official Logo

The New York Yankees led the American League Wild Card race by five games over Seattle as of the Major League Baseball All-Star Break. They could very well finish the season 10 games better than both the Mariners and the winner of the AL Central Division, and will still have to win a one-game playoff just to earn the right to play the best team in the American League, who will likely be from their own division.

I’m not one to make excuses for the Yankees. As a Minnesota Twins fan, I despise the Yankees more than most, and I’m a huge fan of the one-game playoff. But there’s nothing fair about a team’s postseason chances coming down to one game when that team has played a tougher schedule to a better record than all but one team in the league. It’s time for MLB to do away with divisions and go back to a division-less pennant race.

While Rob Manfred was repeatedly putting his foot in his mouth prior to the MLB All-Star Game, blaming the Los Angeles Angels and Mike Trout for not marketing Mike Trout, and calling for a discussion on ending defensive shifts, only the most interesting thing happening in baseball, he failed to address the most pressing issue facing the game. The one-game Wild Card could be played between the second- and fourth-ranked teams in the American League while the sixth-ranked team in the league gets a pass to the Divisional round simply for playing in a historically weak division. And that sixth-ranked team won’t even play the league’s best team.

Back in 1969, when East and West divisions were adopted by Major League Baseball, there were no Wild Card teams in the playoff format. And when just one team from both the American League and National League were awarded a postseason berth as a Wild Card for the first time in 1995 (the 1994 postseason was cancelled due to a player strike), there weren’t immediate issues.

But now that there are two Wild Card teams from each league reaching the postseason, either those teams need to play a three-game Wild Card series, or the league needs a good, old-fashioned pennant race. I’m for both.

I would recommend shortening the season to 154 games and adding a three-game Wild Card Playoff series to be played between the fourth- and fifth-ranked teams in each league, regardless of division standings. There is no need for a team to play the same four teams 19 times every year. I’d be fine with MLB divisions remaining simply for travel and rivalry reasons, but 17 games against division rivals is still probably too many. Commissioner Manfred should shorten the regular season to the original 154-game length while adding at least four and up to six lucrative playoff games to the schedule.

Since the All-Star Game no longer determines which league has home field advantage in the World Series, a good, old-fashioned pennant race is the most reasonable and fair way to determine who plays who in the playoffs. The top three seeds in each league would benefit from up to five days off entering the playoffs while the two Wild Card teams are decided, and each league’s top seed would play the fourth-best team instead of the second-best team that happened to lose its division despite winning more games than other division champions.