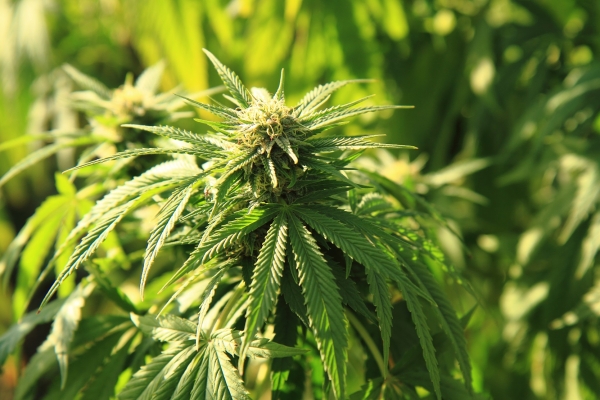 The STATES Act would allow states to adopt marijuana laws best for them, allow marijuana providers in states with adult-use or medical marijuana laws to deposit their earnings in banks and legalize industrial hemp. Adobe Stock Image

There is new hope that states with adult-use and medical marijuana laws on the books and states considering legalization or decriminalization will finally be able to stop worrying about the Drug Enforcement Agency (DEA) commandeering their police officers and sheriff’s deputies to enforce federal marijuana prohibition. A bipartisan group of United States’ Senators and Representatives introduced the Strengthening the Tenth Amendment Entrusting States (STATES) Act on Thursday. It’s intent is to allow states to determine what marijuana laws are right for them.

Republican Cory Gardner of Colorado and Democrat Elizabeth Warren of Massachusetts introduced the bill in the Senate. Republican David Joyce of Ohio and Democrat Earl Blumenauer of Oregon are co-sponsors of the bill they introduced in the House of Representatives. Upon introduction of the bill, its creators emphasized that their legislation would not make marijuana legal throughout the country – as if the name of the bill and its acronym weren’t revealing enough.

The bill’s bipartisan group of writers wants everyone to know the STATES Act is a states’ rights bill and not a legalize marijuana bill for obvious reasons – the biggest being that legislation ending federal marijuana prohibition would never pass Congress let alone get the support of Donald Trump, who said he’ll “probably” back the bill. But any legislation even misrepresented as a marijuana legalization bill would do lasting damage to the cannabis movement that has seen economies, government budgets, infrastructure and education improve while crime, opioid overdoses, suicides and healthcare costs decrease in states with adult-use or medical marijuana laws.

With the STATES Act, it will be nigh impossible for Conservatives to justify their opposition of the bill by calling it an endorsement of drug use. Politicians representing states that border states with adult-use or medical marijuana laws could claim the bill would only stretch their law enforcement and judicial budgets even thinner, but they couldn’t misrepresent the legislation to their constituents as an attempt to legalize marijuana. They could even request additional federal funding to address the increased law enforcement and judicial workload they anticipate, but they couldn’t vote “no” with the excuse of “I’m not about to legalize marijuana.” I mean, they could say that in their defense, but not without subjecting themselves to ridicule.

Another reason the bipartisan crafters of the STATES Act are making cannabis a states’ rights issue is because it appeals to a majority of the public. A Gallup poll conducted in June 2016 found that 55 percent of Americans prefer government power to be concentrated at the state level instead of the federal level, and Republicans are are four times as likely to support state power.

Giving more power to the states appeals to Republicans, Libertarians and even some Democrats. Hell, I’m a Socialist, and I support small government because I know Socialism, like all forms of governing, works most effectively and efficiently in people’s behalf when the number of people it governs is small and when that population is concentrated in a governable geographic area. Why? The answer was provided by the late Alan Thicke back in 1978: “Now, the world don't move to the beat of just one drum. What might be right for you, may not be right for some.”

Those are, of course, the opening lyrics to the “Diff’rent Strokes” theme song, and a more true statement could not be uttered let alone sung. The United States is a vast country that spans the spectrum of both geography and demography, which makes it difficult to govern. Americans experience such differing circumstances that what might be right for you, may not be right for some. Hell, in my home state of Montana you can drive eight hours and never leave the state, but the geography and the people change immensely. What works in the West probably won’t work in the East and vice versa. Marijuana legalization might be right for Californians, but it may not be right for Nebraskans. The STATES Act would allow states to choose what cannabis laws work best for their residents.

STATES Act Not the First, Hopefully the Last of its Kind

This isn’t the first time a bipartisan bill has been introduced to strengthen states’ rights to adopt and enforce marijuana laws as they see fit. I was on Capitol Hill as a student lobbyist for Students for Sensible Drug Policy five years ago when H.R. 1523, the Respect State Marijuana Laws Act of 2013, was before the 113th Congress. It too sought to allow states to decide the legality of adult-use and medical marijuana by altering the Controlled Substances Act to exclude persons acting in compliance with state marijuana laws.

We felt way back then that this would be our path to ending federal marijuana prohibition, and while we weren’t going to get federal legalization, it was a compromise we were willing to make to appeal to Conservatives and get the legislation passed. I left the reception held after our lobby day filled with hope after hearing Democratic Congressman from Colorado Jared Polis and famed Conservative Grover Norquist agreeing that cannabis was an issue for states to decide by and for their respective residents.

According to Congress.gov, that bill is still before Congress, lost and forgotten by the Subcommittee on Crime, Terrorism, Homeland Security and Investigations since April 30, 2013. It has 28 cosponsors in the House, six of which are Republicans. The House version of the STATES Act already has 14 cosponsors in the House plus the two Representatives who assisted in drafting the bill. Eight are Republicans, so the new bipartisan bill is already appealing to more Conservatives than H.R. 1523.

This bipartisan group has high hopes for the STATES Act given what’s occurred since H.R. 1523 was introduced. The STATES Act does what H.R. 1523 would have. It amends the Controlled Substances Act to exclude persons acting in compliance with state and tribal marijuana laws. But it doesn’t eliminate all federal oversight. Distribution of cannabis at transportation facilities and rest stops would remain federally illegal and enforced. The STATES Act does a lot more than allow states to determine their own marijuana laws, though. It also addresses some of the issues that have resulted from states legalizing adult-use or medical marijuana, which should appeal to both sides of the aisle.

Back in 2011, I wrote that cannabis would be America’s best cash crop ever – even bigger than tobacco. Marijuana consumption has already far surpassed my expectations upon its legalization for adult- and medical-use, but industrial hemp is what’s going to make cannabis America’s best cash crop ever. It grows like a weed if you’ll forgive the pun, and can be used for virtually anything. It’s a stronger fiber than cotton and can be used to make textiles that last longer so our clothes don’t fall apart in the wash. It will make stronger rope, hopefully saving mountain and rock climbers’ lives, and cowboys, cowgirls and sailors headaches. Hemp seeds are also rich in fatty acids, protein, fiber and other important nutrients. Hemp can even be used as fuel, which ExxonMobil will no doubt exploit given its investment into biofuels. All that algae research ended up being nothing more than a good PR campaign because hemp is a much less intensive biofuel to produce than algae. You can even build a house out of something called hempcrete, and cannabis can also relieve your pain without getting you high. That’s right, cannabidiol, better known as CBD, has been proven to have pain-relieving, anti-inflammatory, and anti-anxiety properties without the psychoactive effects of THC. So cannabis can clothe you, feed you, shelter you, transport you and your things, relieve your pain, and even save your life while creating jobs and improving our environment by oxygenating the air. Along with solar and wind energy industries, industrial hemp will be one of the biggest contributors to the health of America’s economy and environment for years to come.

The STATES Act would make cannabis transactions legal, allowing cannabis providers to take methods of payment besides cash and store that money in a bank. Cannabis providers have had a justifiable fear of depositing their profits in federal banks subject to federal law. The federal government could seize those assets like they seize vehicles used to traffic drugs. No criminal charges need to be brought against the cannabis providers for them to lose their money either, as asset forfeiture is a civil action, not criminal.

Since its legalization in Colorado, many cannabis providers have hired motorcycle couriers to pickup and deliver literal saddlebags of money to be deposited in a safe somewhere. One California dispensary owner reportedly delivers $40,000 in cash in the trunk of his car every month simply to pay his taxes. The STATES Act would make those trips a thing of the past and likely result in fewer instances of theft.

So is 2018 finally the year federal marijuana prohibition ends? Some people think so, but ultra-Conservatives could get in the way, just as they did on a cannabis bill for veterans just last week. The STATES Act probably won’t have many supporters from the religious right, which will be its biggest obstacle to overcome. But now more than ever before, Senators and Representatives on both sides of the aisle are going to be more willing to consider the end of federal marijuana prohibition given what we’ve all learned from the experimentation spearheaded by states. Kentucky, Tennessee and Virginia could all adopt medical marijuana laws this year, and if that doesn’t surprise you consider where we were five years ago, when Maryland relaxing criminal penalties for seriously ill people using marijuana was considered a win for cannabis advocates.

Your Senators and Representatives are not experts on cannabis and need you to inform them on the issue, so here’s a guide on how to do so most effectively. You’ll want to appeal to the humanity in them. Politicians are not cold robots. When they hear a story about someone using cannabis to treat their chronic back pain that otherwise would keep them bedridden, they can probably relate to that. They especially want to know if cannabis helped you kick your opioid addiction. They have friends and family struggling with the same problems with which the rest of us struggle, so speak or write from the heart. The facts will only bore them to the point they tune you out.

If you like this, you might like these Genesis Communications Network talk shows: America’s Healthcare Advocate, The Bright Side, The Dr. Daliah Show, Dr. Asa On Call, Dr. Coldwell Opinion Radio, Good Day Health, Health Hunters, Herb Talk, Cannabis A to Z