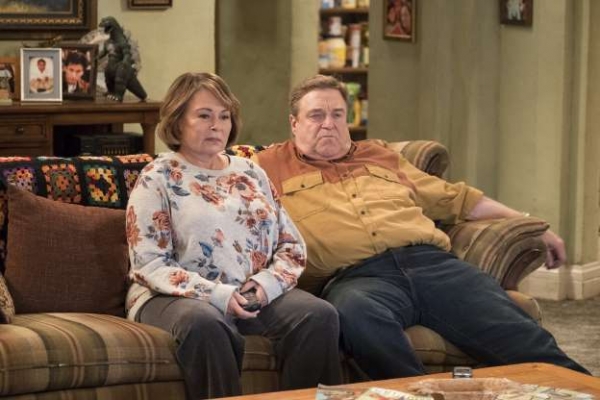 Not exactly news though, since she’s been a lunatic for at least ten years. Barr uses Twitter and other social media platforms to spread all manner of idiocy. That being said, she does indeed have the constitutional right to say such lunacy and spread such idiocy.

Also, we all know that her free speech right does not protect her from consequences. And today her lunatic rant has gotten her huge hit of a TV show - cancelled! (There is no sarcasm there, either. Her show was a ratings juggernaut for ABC).

It all started early this morning when, on Twitter (in a now deleted Tweet), Roseanne, while referring to Valerie Jarrett, an African American former Obama aide, wrote, “muslim brotherhood & planet of the apes had a baby=vj.”

“Roseanne’s Twitter statement is abhorrent, repugnant and inconsistent with our values, and we have decided to cancel her show.”

Barr quickly deleted the Tweet but the damage had already been done. Screenshots of it can be found all over the internet (here it is on TMZ).  Her cast mates and the show producers quickly fell all over themselves condemning Barr’s words. One of them even quit - Wanda Sykes said she would not return to the show. Of course, that’s all moot now the show has been cancelled, but still. It’s nice to see.

Barr tried to pull the ol’ “It’s a joke” instead of offering an apology. And I agree with her here. It was a joke. She’s a comedian, comedians make jokes. That makes sense. It’s just that - this was a particularly racist joke. Barr should have the right to say it. And she does. And now there are consequences. Which is great!

Not so great for the entire cast and crew who just lost their jobs because Roseanne is a lunatic racist. But still - a step in the right direction if you ask me. Roseanne did get around to offering an apology writing on Twitter:

“I apologize to Valerie Jarrett and to all Americans. I am truly sorry for making a bad joke about her politics and her looks. I should have known better. Forgive me-my joke was in bad taste. I am now leaving Twitter.”

Anyway, I should at least note I’ve not watched a single episode of the Roseanne show, ever. I’ve heard it actually did a decent job of tackling socio-economic issues. I don’t know one way or another and so I don’t really have a dog in this fight other than - I am happy to read that there are some things more important to ABC executives than money. The Roseanne revival made ABC piles of cash! But racism should get you fired every time and so ABC made the right call.

Last modified on Wednesday, 30 May 2018 17:15
Tweet
Published in Entertainment
Tagged under

More in this category: « Deadpool 2 better than Avengers: Infinity War, and Deadpool, too Solo's dismal box office opening shouldn't deter you from seeing it, Disney from making another »
back to top