The highs and lows of Billy Cannon, the toast of LSU 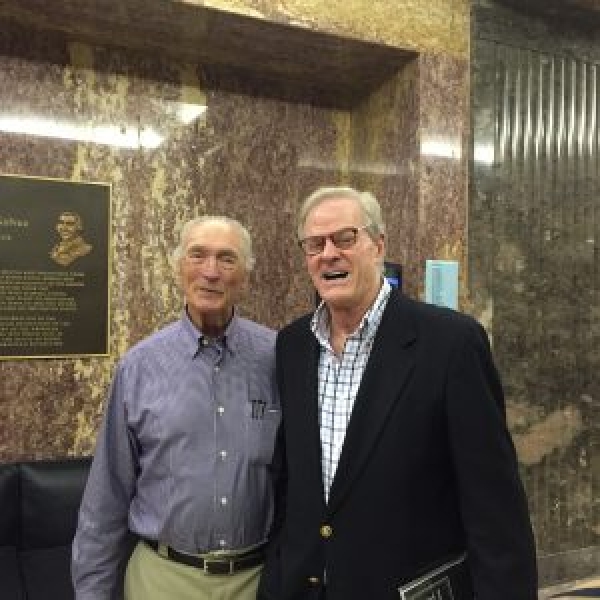 Billy Cannon died this week. He was a Louisiana sports legend. There are some things you just don’t forget. Where you were on 9/11, or when President John Kennedy was shot.  Down here in the Bayou State, add to those special dates Halloween night 59 years ago when Billy Cannon made football history with his 87 yard run to beat Ole Miss and keep the Tigers undefeated. His story is the rise and fall, then the rise again by LSU’s all-time great sports hero.

Even those who are not Tiger fans have to admit it was one heck of a run. Cannon either sidestepped or pushed away tackler after tackler as he weaved his way towards the end zone. I wish I had a dollar for every time the magical run has been replayed on television. You can imagine the crowd’s reaction on most Saturday football nights in Tiger Stadium as once again the fans in the stadium, and the millions on national television, see Ole’ Billy tear through the Rebel opposition.

This feat by Cannon allowed the Tigers to beat Ole’ Miss 7 to 3, and made him a celebrity for life. Paul Revere had his famous ride and Billy Cannon had his remarkable run.

Cannon went on to play professional football with the Houston Oilers and the Oakland Raiders.  Then he went to dental school and built a successful dental practice in Baton Rouge. Because of his popularity, Cannon’s practice flourished to an estimated $300,000 a year – quite a sum in the 1960s!  But then his celebrity world came crashing down, and I played a small role in his demise.

It was 1983, and I was in my first term as Louisiana Secretary of State. I was at my office one afternoon when my secretary said there were two Treasury agents to see me, and they demanded immediate attention. They pulled out a hundred dollar bill saying it was a fake, and that it had shown up in the Secretary of State’s bank account.

I had my staff go over all the various billing and deposit records, and we were able to determine that a local attorney used the hundred-dollar bill to pay for a corporate filing. We later learned that in was the first Cannon-made counterfeit bill to be discovered in the Baton Rouge area. Others quickly appeared, and a major money printing operation was broken open a few months later. The seventh-largest counterfeiting ring in American history was no more.

For years thereafter when I made speeches around the state, I relished in telling those in attendance how I knew the bill was counterfeit. “You know down at the bottom of the 100 dollar bill where it says ‘In God We Trust?’ Well on the Cannon 100 dollar bill, it said ‘Go to Hell Ole Miss.’”

Cannon quickly confessed and helped prosecutors crack the case wide-open. At the sentencing, Cannon told federal Judge Frank J. Polozola: “… what I did was wrong, terribly wrong. I have done everything within my power to correct my mistakes.”

To thousands of LSU fans, Cannon’s confession pierced the very heart of their allegiance and adulation of LSU’s greatest sports hero. Like the little boy who pleaded with Shoeless Joe Jackson of the Chicago White Sox on the courthouse steps in the famous “Black Sox” baseball scandal of 1919, all many LSU fans could think of was, “Say it ain’t so, Billy.”

As part of Cannon’s redemption, he took on the job of dentist up at Angola State Penitentiary, an hour’s drive north of Baton Rouge. The guards and inmates, alike, love him up there. Do fans still hold a grudging disappointment with Cannon? Well, when he was introduced a few years ago at Tiger Stadium just after being admitted to the College Football Hall of Fame, the cheering went on and on. Repeated efforts by the stadium announcer to quiet the fans down fell on deaf ears. Neither the President nor the Pope would have gotten such an avid ovation. Billy was back, and all had been forgiven.

Billy Cannon, like few others, has experienced the dramatic highs and lows of being a major sports hero in Louisiana.  F. Scott Fitzgerald wrote that in life, there are no second acts. And Thomas Wolfe wrote that you can’t go home again. Billy Cannon proved them both wrong.  And now, he will go home to meet his maker.

“People associate me with football regardless of where I go…except when their tooth hurts. They don’t care whether I played football or not. They just want the toothache to stop.”

More in this category: « What is deterring the next school shooter from acting out in a society that shows more mercy on the criminal than the victims? Horse meat - It's what's for dinner »
back to top