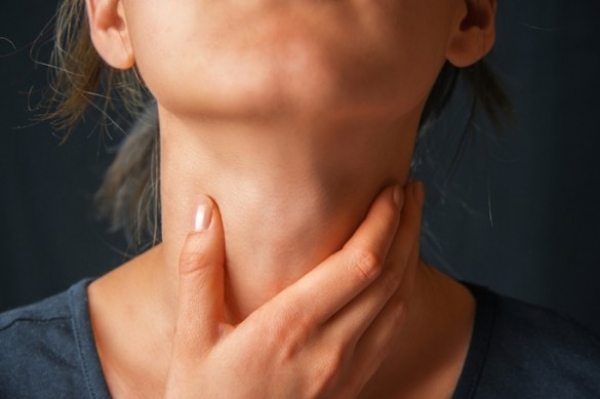 Image above from Disease Pictures

The 56 year old actress was receiving chemotherapy and radiation treatment for throat cancer.

A statement released by her husband, Steve Fleischmann, revealed she had back in 2016 woke up noticing a small amount of blood on her pillow case thinking she had bitten her tongue.  A biopsy later revealed she had squamous cell carcinoma on her left tonsil. The cancer eventually spread not allowing her to eat or drink and she required a feeding tube.  This week she died peacefully at home in bed next to her husband and the coroner revealed the cancer had spread to her spleen and brain.

According to Erin Moran’s costar, Anson Williams who played Potsie, “She kept very quiet”……”We all kept quiet too, out of respect for Erin. She couldn’t speak, but her texts were very [positive].”

What is “Throat Cancer?”

The throat, pharynx, is divided into three parts.

Nasopharynx – above the soft palate, the upper part of the throat behind the nose

Oropharynx – between the soft palate and the epiglottis, the middle part of the throat including the back wall, sides, tonsils and posterior 1/3 (back) of the tongue.

Cancer in any of these anatomical sections can be considered “throat cancer”.  Cancer of the larynx (voice box) is called laryngeal cancer and is considered separate from hypopharyngeal cancer.

Esophageal cancer is cancer of the esophagus (gullet) and is considered separate from “throat cancer” as well.

What are the symptoms of throat cancer?

Symptoms of throat cancer include:

What are the risk factors?

Risk factors for throat cancer include:

How is throat cancer treated?

As one can see by the list of symptoms, throat cancer often gets mistaken for common cold symptoms.  Unfortunately, by the time throat cancer is diagnosed, it has reached a more advanced stage.  Depending on where the cancer is located, various treatments can be instituted including surgery, chemotherapy, radiation, and targeted drug therapy.

Celebrities who succumbed to throat cancer include:

In 2010, Actor Michael Douglas successfully battled “throat cancer” that originated from a tumor at the base of his tongue.

More in this category: « The Cuban Missile Crisis: Lessons Learned Today? Made in America: Transportation made in the U.S.A. »
back to top