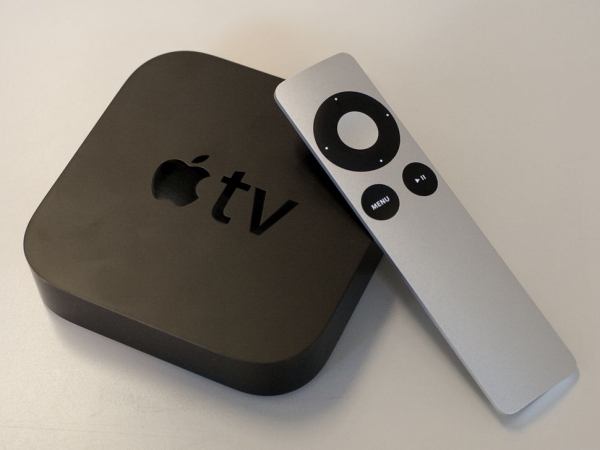 Has Facebook gotten out of control? After listening to Chairman and CEO Mark Zuckerberg testify before a committee of the U.S. Congress last week, I didn’t pity him at all. He deserved it, and, in fact, probably was treated too kindly.

His presentation seemed decent in comparison to those dire warnings about the boy wonder and his inability to conduct himself in a mature fashion in public. He allegedly was thoroughly schooled on the proper behavior before political vultures, supposedly.

I mean he did all right, I guess. But far too often he’d respond to a complicated question with a stock answer, that he’d have his team get back in touch with the questioner. I just wonder if that has happened already or ever will happen. The fact checkers also found some contradictions in what he said about when and how Facebook first became aware of the existence of Cambridge Analytica, which reportedly harvested user information without their knowledge.

In any case, on this week’s episode of The Tech Night Owl LIVE, we presented security expert Chris Weber, co-founder of Casaba Security, a Seattle-based ethical hacking firm that advises major tech, financial, retail and healthcare companies. They also work with companies to develop secure apps and software. He is the co–author of the book, “Privacy Defended: Protecting Yourself Online.” During this session, Chris discussed the growing brouhaha over Facebook privacy, and the kind of information they’ve collected about their users. Its unexpected involvement with the 2016 Presidential campaign was also covered, and what about the appearance of Facebook Chairman and CEO Mark Zuckerberg before Congress? You also heard Chris talk in general about protecting your privacy, and making it harder for hackers to take control of your accounts by using strong passwords and two-step authentication, which involves adding a second method, often a smartphone, to provide extra security from hackers.

You also heard from long-time Apple guru and prolific author Bob “Dr. Mac” LeVitus, as Gene recounted yet another annoying episode of his ongoing troubles with AT&T when he tried to check into a cheap offer for DirecTV. Gene explained why he’s kept AT&T service for his iPhone even though there are other and possibly better alternatives. Bob says he switched from AT&T to T-Mobile. There’s also a brief discussion of “world backup day,” as Gene facetiously suggested that maybe the show ought to go back in time to honor the event in the proper fashion.

And what about published reports that future versions of macOS and iOS might allow you to run the same apps on both? And what about recent speculation that Apple will someday ditch Intel processors on Macs and make yet another processor move, to the same A-series ARM chips used on iPhones and iPads? Is this a reasonable possibility, or would the fact that many Mac users need to run Windows at native speeds make such a move unfeasible?

On this week’s episode of our other radio show, The Paracast:  Gene and special guest cohost Don Ecker introduce UFO researchers Ben Moss and Tony Angiola, from MUFON Virginia. The two focus on their four-year study of the 1964 Socorro, NM case and their friendship with UFO researcher and amateur paleontologist Ray Stanford. Both Moss and Angiola have been guests on the History Channel’s “Hangar 1” reality show, loosely based on MUFON’s research. While this episode will focus heavily on hardcore research of UFOs and the possibility that they are extraterrestrial, they will admit that, so far, very little progress has been made towards solving the mystery.

Aside from adding 4K and HDR support and a few odds and ends, the Apple TV 4K didn’t change much from its predecessor. Well, except for those complaints about the fact that the 32GB model is, at $179, $30 more expensive than the already-expensive fourth-generation model. That doesn’t seem to make a whole lot of sense inasmuch as the 64GB version is unchanged at $199.

Evidently Apple’s bean counters have an answer for this screwy move, but it still doesn’t make a whole lot of sense to me. It’s not that the Apple TV 4K does so much more than the Roku Ultra, which can be had for as little as $69.99 from Amazon.

Well, there is the fact that Apple TV of any sort is required if you are invested in Apple’s ecosystem for iTunes video content and hope to watch the forthcoming TV shows that will probably come to you via Apple Music.

I do have a handful of iTunes movies that I have acquired over the years, mostly when they were dirt cheap. But there’s also a service called Movies Anywhere that can concatenate your videos from several services into one readily accessible library.

When VIZIO sent me a 2017 M-Series TV display for review last year, I was able to take advantage of the fact that it included support for Google Chromecast. The remote has dedicated buttons for such services as Netflix and VUDU; the latter is roughly an iTunes equivalent from Walmart mainly focused on movies.

In addition to the built-in streaming apps, a SmartCast app for iOS and Android lets you “cast” or stream a thousand or two more services via your Wi-Fi connection to the TV. With all that going on, I realized I hadn’t used my third-generation Apple TV since December. After moving to a new apartment last week, I unpacked all the TV accessories, and promptly put the Apple TV on one of the bookshelves in my office.

As most of you know, VIZIO is not the only company to make smart TVs with support for third-party streaming services. Since the ones the TV makers design are usually pretty bad, buying a dedicated set-top box to handle those tasks makes sense. But some TV makers have opted to deliver built-in support for Google or Roku. Apple doesn’t embed its hardware and software into third-party products, but maybe it should if it wants to spread the joy. Think about CarPlay.

As it stands, if you’re not embedded in Apple’s ecosystem, Apple TV offers little if any advantage.

So how is life with one less appliance connected to my TV?

Well, as I said, Netflix is a dedicated button on the VIZIO remote. When you press it, you get a very standard menu that isn’t that different from the one on an Apple TV. I had no difficulty whatever playing the shows I wanted to see, even the ones that were started on Apple’s streamer. I was able to just resume playback. Indeed, while deciding whether to set up a DirecTV at my new home — the only option available because the place is wired by CenturyLink and they embed the satellite provider with dishes installed on each building — Barbara and I mostly ran Netflix. Maybe we’ll stay that way and save some bucks.

But I found a bargain rental at VUDU and ordered it. Walmart’s order processing is a tad more complicated than iTunes. It’s set to bill via my Walmart account, where my payment option is stored.  When you order a movie rental from iTunes, the transaction occurs in the background unless there’s a problem with your payment method. So, yes, you are charged, but you don’t see a receipt until it arrives via email.

Not so with VUDU, where you are taken to an online order form where you are shown what you’re ordered and the price with tax. You have to physically OK that order for it to work. When you want to resume playing your movie, you have to select it again from the VUDU home page to continue watching. You are stepped out of the listing for that movie, unlike iTunes where you just pick up where you left off.

All right, a couple of more steps for ordering and resuming playback, but otherwise I had no difficulty in managing the interface. This sort of represents an Apple approach versus a Microsoft approach; the latter usually involves extra steps to accomplish the same task.

But since movie rentals are a rare thing for me — and usually only when there’s a special offer — a few more clicks on a remote is not going to represent a problem.

So what is going to become of Apple TV anyway?

Well, a company executive announced recently that full-featured games are being brought to the iOS platform because the power of Apple’s new graphics processors, and Metal 2, make it possible to bring you the entire experience at a performance level similar to a console. I suppose it’s possible that Apple TV could be upgraded to provide similar levels of performance. When equipped with a gaming controller, it would provide an experience that would freak the console industry. It might also offer additional sales potential.

On the other hand, since I’m not a gamer, it doesn’t really matter to me. I still don’t need an

Apple TV — or a HomePod if you care.

So I’ve decided to send my Apple TV on to someone who might need it.

More in this category: « Can diet soda cause diabetes? Opinion: US healthcare costs so out of control, I'd welcome a fat tax »
back to top