The ever changing promises about the wall - now you’re paying for it! 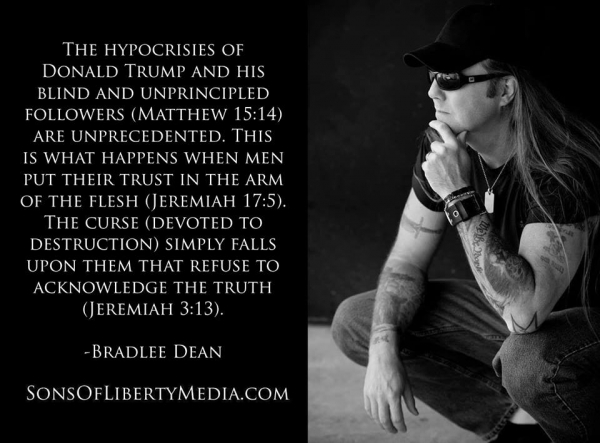 “A people that values its privileges above its principles soon loses both.” - Dwight D. Eisenhower

It has been rightly stated, “Fool me once shame on you, fool me twice shame on me!” When does that “shame on me” come into play when it comes to the blatant hypocrisy of those who call themselves conservatives who have been fooled over and over again by the current administration?

The sad part about this is what the right calls “the left” is calling them out for their hypocrisies (Matthew 23:3).  I hope you now understand why today’s conservatives are yesterday’s lawless and unprincipled liberals.

How many times was the wall (Malachi 1:4) promised to the American people with ever changing and unfulfilled promises?

The list of false promises and an ever-changing agenda are marked below.

Each statement is different and in a different setting regardless if he is speaking to a reporter or an audience. Donald Trump is simply telling the sheep what it is that they want to hear (Matthew 13:25).

Wasn’t Mexico supposed to pay for the wall?

Donald Trump, “I will build a great, great wall. And I will have Mexico pay for that wall. Mark my words.”

Well, Mr. Trump, I am marking YOUR words.

(The government was never shut down! Yet Obama’s $1.3 trillion dollar omnibus bill funding America’s enemies without and within was not only illegally and unconstitutionally signed by Obama, but Donald Trump also signed similar legislation this year behind the media’s smoke and mirrors “March for our lives” on the same weekend)

Remember, Paul Ryan went from saying, “We are not going to pay for that [the wall] to, “We are going to finance the Secure Fence act, which is the construction of the physical barrier.”

Back to Donald Trump mockingly repeating critics, “You can’t get Mexico to pay for the wall.” Of course, you can.

Wasn’t Mexico Supposed to Pay for The Wall?

You just cannot make this stuff up! The hypocrisies of Donald Trump and his blind and unprincipled followers (Matthew 15:14) are unprecedented.

This is what happens when men put their trust in the arm of the flesh (Jeremiah 17:5).  The curse (devoted to destruction) simply falls upon them that refuse to acknowledge the truth (Jeremiah 3:13).

“A people that values its privileges above its principles soon loses both.”

Bradlee Dean is a guest contributor to GCN news. His views and opinions, if expressed, are his own and do not reflect the views and opinions of the Genesis Communication Network. Bradlee's radio program, The Sons of Liberty broadcasts live M - Sat here at GCN. This opinion was originally published by Sons of Liberty Media at www.sonsoflibertyradio.com. Reprinted with permission.

More in this category: « How Republicans are using the 2020 census to their advantage The backtracking of Sun Country Airlines »
back to top