The two-billion-dollar Hollywood writers' strike (that might not happen) 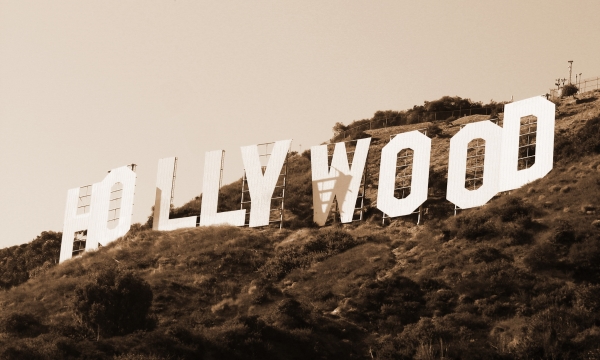 Update: This story has been updated to reflect the end of negotiations between the writers and studios.

On Monday, members of the Writers Guild of America (WGA) overwhelmingly voted for their union to strike. This gives the union permission to strike but does not necessarily mean they will strike. The current WGA contract expires on May 1st and negotiation between the union and studios continue.

The last WGA strike was in 2007-8 and cost the state of CA approximately $2 billion dollars and about $250 million in lost wages for writers. In 2007 the strike was about the usual suspects - wage increase, &  health care  but mainly about streaming residuals. You see, if a writer writes something and it airs, the writer gets a “residual payment” when the program (or film) shows and / or when a DVD sells. Actors, directors, executive producers, producers all have similar deals depending on the media.

The problem was with said residuals for streaming service. How much, if anything, does a writer get when someone streams said content from the web. At the time this whole streaming thing was up and coming and the previous WGA contract had never considered “streaming” to be much of a thing so contracts focused on DVD sales and ancillary rights for cable service (HBO, Showtime, etc).

And you know what that means. If it’s not in the contract, you don’t get it. So writers were getting paid nothing for streaming services. Streaming services loved it! They raked in the cash and didn’t have to pay those uppity writers a dime!

Hence the strike. Which last for about 100 days. Keep in mind when the writers strike the entire production is shut down. Deals are canceled. Lots of people are laid off or fired. It’s not just the writers who are out of work. So are the camera operators, the craft service employees, the production assistants, and office personnel. Some restaurants & shops that were entirely dependent on the thousands of cast & crew walk ins had to permanently close without the film / TV traffic. The strike hit hard and in the end the WGA didn’t even really get a great deal. They got a mediocre deal because everyone was just weary from the strike and gave in.

Well, we still have shows on TV, Hollywood cranks out 150 movies per year and Netflix is bigger than ever. So despite their mediocre deal I guess the writers won. Right? Until the next time! Contracts seem to last about three years in Hollywood so it was inevitable there would be a “next time”.

Which is now. So what are those writers complaining about this time? They already make $250 thousand per year! Now what do they want?

Wait, writers make how much? And now that I know that, why should I care they are demanding more money?

I know. It’s hard to find a lot of empathy when the average TV writer makes approx. $250 thousand per year. The average screenwriter is paid slightly less. Those numbers are driven high by a couple of key things -- titles like “producer / writer” and showrunners on TV who are the “executive producer”  all demand much higher salaries than a typical writer, but are considered “writers” for the purpose of the WGA. So, mostly likely, a typical writer on TV probably makes about $180 thousand per year. Which, as they say, is better than a sharp stick in the eye.

The most important thing to remember though is -- that’s what the market says their job is worth. It’s not the writers fault that s/he makes that much. And if the market suggests writers should be making more than they do, then a contract renegotiation and / or strike is appropriate.

A few things to consider. First, TV writers get paid per episode. In the way back time of 2008, TV networks any given popular show produces twenty two episodes per year. That number has plummeted to anywhere from eight to twelve episodes per year for most scripted programing.

Second, writers usually have an exclusivity deal which means they are unable to work on multiple shows at once. So even though there are more scripted shows now than ever before, a writer can only work on one at a time. It doesn’t matter that the market pays a TV writer very well they now collect about half what they used to. No one should be happy with that deal.

Except, of course, for the fact that DVD sales peaked in the early 2000’s and bottomed out around 2006 (as more folks switched to online streaming and / or stole the movies on sites like bittorrent). In fact, DVD sales continue to plummet about 10 percent per year. Another line of revenue that has quickly faded for writers.

Which is why the negotiations between the WGA and the studios continue. But no one actually wants a strike. True, the WGA just voted to give the union heads the authority to strike if need be but, seriously, no one really wants to.

John Eisendrath, WGA member and executive producer of the show, “The Blacklist,” has an excellent piece over at latimes.com called, “I voted for a Hollywood writer’s strike but I don’t want one” where he offers his views on the possible strike (and solutions). His insider opinion is much like the title of his piece but you should read it over anyway. I like his solutions.

The main hold up is, obviously, money. The studio’s don’t want to give up any more of their large share of the pie. To be honest, they are kind of struggling this year what with only having been able to scrape together a measly $51 billion dollars in profit in 2016.

What? Did you you just say $51 billion? As in the number “fifty one”, followed by “billion?” Profit?

Yes. I did. The studios are arguing against paying writers more because there isn’t enough of the $51 billion dollar pie to go around. No, seriously, that’s what is going on.

Writers, the folks that create every single character, every line of dialog, every plotline and every story you consume on media, those folks, ask for better health coverage and a raise. Unlike the 2007-08 strike, I expect that they’ll get their wish this time. Unlike the 07-08 strike the studios just don’t have a lot of leverage. Profits are too high. The Directors Guild of America just signed a new contract making much of the same adjustments the WGA is asking for. The holdup, I suspect, is simply a matter of how to dot the i’s and cross the t’s.

So, don’t panic. I doubt there will be a strike. Late night talk shows & SNL are posting record ratings and would go dark if the strike went through. Think of the lost ad revenue. Networks won’t like that at all. So, I think there will be a new contract before the deadline.  “Walking Dead” and “Game of Thrones” will come out on time. Tentpole blockbusters and the Marvel Universe will get their features out and we’ll all be able to watch Star Wars Episode VIII at Christmas. Seriously, no one wants a strike to happen.

But, if the WGA does strike, they have every right to do so. I know writers already make a lot of money but Hollywood is drowning in profits. I think the writers deserve their fair share and should not be making less than what they did ten years ago.

Finally, if you don’t think the writers should strike I offer this: a list of movies that were rushed into production with unfinished (or completely unwritten) scripts:  “Transformers 2”, “X-Men Origins: Wolverine”, “Terminator Salvation”, “G.I. Joe: The Rise of Cobra”, “Quantum of Solace,” “Land of the Lost,” “Dragonball Evolution.”

See any hidden gems there? Or just a big pile of steaming, poorly written crap? You’re probably thinking that “Quantum of Solace” wasn’t THAT bad or that none of those films would have been masterpieces, regardless.

I’ll give you that. You may have a point. But there are even stories that came from the JJ Abrams “Star Trek” that, because of the strike, his team was unable to make changes to the script once they started shooting. That film was well liked and received generally well. But could it have been even better? Maybe. You know, for example, just off the top of my head, it’s not like this has ever bothered me before, but do you think the Trek writers would have been able to come up with a better idea than, “Kirk is coincidentally marooned on the very same planet that future Spock crashed on and they are coincidentally not far away from each other allowing future Spock to save Kirk’s life from a giant snow monster?”

Aside from that, generally just kind of being a dumb idea, the odds against a scenario like it happening are astronomical. Suspension of disbelief is one thing, actively making audiences less intelligent is something else. For example, in “Star Trek into Nonsense,” the second of the poorly written Trek remakes, the Enterprise crew uses a “cold fusion” bomb to freeze a volcano.  Even though, you know, cold fusion is a hypothesized type of nuclear reaction which creates, well energy. And therefore heat. And bombs that produce heat probably wouldn't be able to -- well, you know -- freeze anything.

But that’s what the writer is there for! Sink or swim, your writer(s) are there to craft the characters, mold the plot and shape the story. And take a lot of blame when things go wrong.

And get virtually zero credit when things go right. Quick, name your favorite episode of any TV show you’ve ever watched? Now tell me who wrote it. Sure, you’ll probably remember all the Joss Whedon penned “Buffy” episodes, but that’s about it.

In Hollywood there is a saying: writers are a dime a dozen. That may be true. And now they’re asking for a raise. And I’m looking at you Mr. Studio Man when I say, you should give it to them.

Because no one wants a strike. Seriously, I can’t say it enough. Like, no one.

Which is precisely why, on Monday, May 1st, a full ninety minutes past the midnight deadline, the writers and the studios came to an agreement and signed a new contract. The contract is much  more friendly to the union than the 2007 deal and the WGA got much of what it was after. Not all, but much. Visit the L.A. times for a complete analysis of the deal: They avoided a strike, but negotiations between writers and studios were a true Hollywood thriller.

More in this category: « 5 ways to leave Las Vegas with cash The Cuban Missile Crisis: Lessons Learned Today? »
back to top