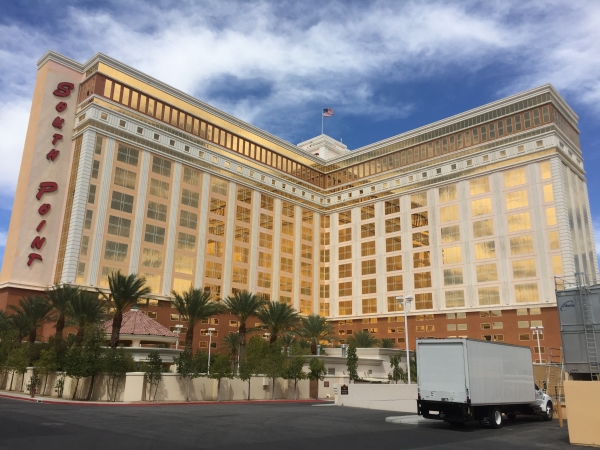 Budgeting for Las Vegas is the most important thing you can do before you leave for Las Vegas. Right around the time you book a flight to Sin City, and that should be at least two weeks in advance (and departing on a Sunday and returning on a Tuesday), start putting some money aside specifically for entertainment, which includes gambling, shows, activities and escorts. While prostitution is not legal in Clark (Las Vegas), Washoe (Reno/Tahoe), Douglas and Lincoln counties, there are brothels in the rural areas of Nevada where you can pay for a legal, good time. GCN Live does not condone these activities. I’m just giving you the facts.

I started an automatic transfer from my checking account to my savings account and withdrew the accrued amount in my savings before boarding my flight to Sin City. That way when I arrived in Las Vegas, I knew exactly how much cash I was willing to lose. This is the key. Once you’re comfortable losing that money, you’ll always come back a winner as long as you don’t allow yourself to lose more. That money doesn’t belong to you anymore. It belongs to Las Vegas. This mindset also improves your chances of winning money, because the best way to win is to act like you’re playing with someone else’s money -- as long as you play the games you can control.

This is the toughest part for people visiting Las Vegas. The bright lights of the slot machines stretching to the ceiling and featuring their favorite celebrities (Cher, Britney Spears, etc.) or television shows (The Walking Dead, Big Bang Theory, etc.) can be overwhelming. Don’t give into your urges, but if you must play the reel games or keno, play on the outskirts of the Vegas Strip. The slots are looser the farther from the strip you get because it’s harder for casinos farther from the strip to entice customers to make the trip. The slots at Fremont Street and the South Point Casino are said to be loosest according to locals, with South Point’s tagline being, “The point of more return.” If the slots are your bag, play where the locals play.

I stick to Major League Baseball betting because it’s the sport about which I know most. I play fantasy baseball every year, so I’m already doing a bit of research everyday. I’m pretty good at picking pitchers who will toss quality starts, and you can even place bets on the first five innings of a game. Placing just a couple of bets a day, including a parlay that pays, I not only limit the amount of money I can lose, but I’m entertained the entire day by games I wouldn’t normally watch.

I’ve also been known to play No Limit Hold ‘Em poker, both cash games and tournaments, because it’s “the only pure game left.” You can outplay your opponents in Hold ‘Em by simply observing their mannerisms and remembering the patterns of their play. It’s a beautiful game, and you can generally find a freeroll tournament in any casino that will help you learn the game at no cost to you.

Leaving your credit cards at home ensures you won’t attempt to make back your losses by taking an expensive cash advance out on your credit card. Credit card companies love people with gambling problems because they get to charge a fee between two and five percent for you to withdraw the cash and then charge a daily interest rate between one and seven percent higher than your interest rate for purchases. The easiest way to avoid this is to leave the plastic at home, and it will also force you to stick to the cash budget you set in step one.

Most hotels will issue visitors a coupon book in an attempt to keep them in their casinos and restaurants, because the longer you stay within their walls, the more likely they are to get your money. The coupon books usually provide a few free drinks and cheap buffets, discounts on show tickets and other entertainment, and even free casino play for joining their members club. Do yourself a favor and join all the clubs. You might not win on the casino’s dime, but you’ll be entertained for free and your cash budget will be affected that much less.

Travel blogs can also be helpful in finding bargains in Sin City.

The best deals on food and drink are also off the strip, but you can find even better deals by using the Groupon app. Imagine getting $30-worth of food for $12. That’s what Groupon can do for you. It can get you a spa day for half price, too. There are also discounts on VIP Vegas club entrance, limo rides, painting and singing lessons, buffets, etc.

You can also save money using Expedia to find discounted activity tickets if you purchase in advance. Tickets to The Mob Museum are about $24 at the door, but just $19 if you purchase through Expedia a day in advance. It’s a very cool museum and fitting for Sin City. I highly recommend it.

This is how I’ll leave Las Vegas with cash, and it’s how you can, too.