NOT TRUE! Evil Prevails because Good People Do Nothing! 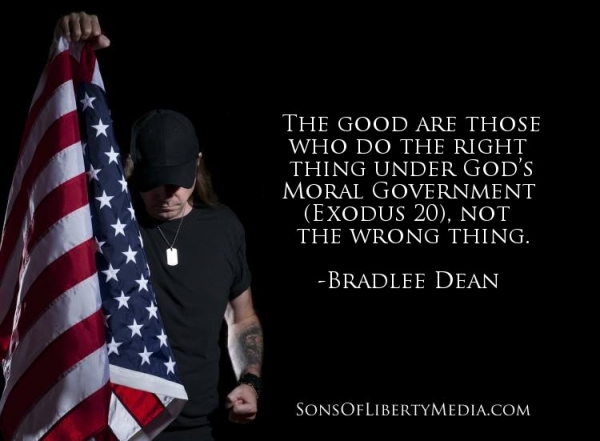 “History will record that the greatest tragedy of this period of social transition was not the strident clamor of the bad people, but the appalling silence of the (so called) good people.”  –Martin Luther King Jr.

Excuses on the left and excuses on the right.  Oh, the little games that the so-called grown-ups have played. The lack of gratitude toward the sacrifices given for the freedoms that Americans have, and yet, Americans play the game of blaming others for what all are responsible, doing the right thing.

I headlined Edmond Burkes quote where he stated:

"The only thing necessary for the triumph of evil is for good men to do nothing." - Edmund Burke

Yet, the statement is not true. Good is defined in Webster’s 1828 Dictionary as “Having moral qualities best adapted to its design and use, or the qualities which God's law requires; virtuous; pious; religious; applied to persons, and opposed to bad, vicious, wicked, evil.”

Therefore, the good are those who do the right thing under God’s Moral Government (Exodus 20), not the wrong thing.

Americans have been conditioned to call themselves the “good people.”  Yet, they do nothing concerning the “bad people.”  As a matter of fact, today’s conservatives are, without a doubt, yesterday’s liberals.

God is speaking to those would call themselves the good people of the day:

“They are waxen fat, they shine: yea, they overpass the deeds of the wicked: they judge not the cause, the cause of the fatherless, yet they prosper; and the right of the needy do they not judge.” –Jeremiah 5:28

Let me give you an example.  This week, someone had posted a meme on a live feed, which read:

“This is what the Democrats have done to America:

First of all, I would ask the reader where in any founding document is there a divided party system? (Article 4, Section 4, US Constitution)

“There is nothing which I dread so much as a division of the republic into two great parties, each arranged under its leader, and concerting measures in opposition to each other. This, in my humble apprehension, is to be dreaded as the greatest political evil under our Constitution” (Exodus 18:21).

All that was posted concerning the Democrats and their crimes are only a reflection of what the so-called good people have tolerated from those they call the Left or Democrats.  There is no such thing as the Left, America.  It is simply a scapegoat to blame others for what the Right has left off.

“There is a war between you and God’s Law. The Ten Commandments are against you.  The first comes forward and says, ‘Let him be cursed.  For he denies Me.  He has another god beside Me.  His god is his belly and he yields his homage to his lust.’  All the Ten Commandments, like ten great cannons are pointed at you today.

For you have broken all God’s statutes and lived in daily neglect of all His commands.  Soul, you will find it a hard thing to go to war with the Law.  When the Law came in peace, Sinai was altogether on a smoke and even Moses said, ‘I exceeding fear and quake!’

What will you do when the Law of God comes in terror; when the trumpet of the archangel shall tear you from your grave; when the eyes of God shall burn their way into your guilty soul; when the great books shall be opened and all your sin and shame shall be punished… can you stand against an angry Law in that Day?” - Charles Spurgeon

And that Law is a school master (Galatians 3:24), which drives us to the foot of the Christ, who came not only to deliver His people from their sins (Matthew 1:21) but also manifested Himself and empowered His church (2 Corinthians 7:10) to destroy the works of the devil (I John 3:8).

More in this category: « Opinion: Republicans’ support of the rich shines through in Senate healthcare bill Nothing can stop the Twins on the road »
back to top