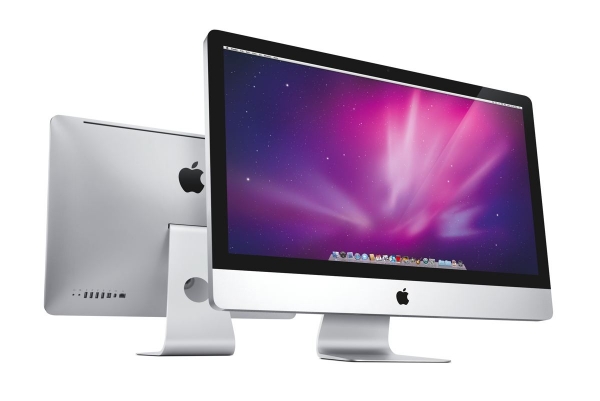 Over the years, some tech pundits have decided that Apple really needs to drop the Mac. To them, it has outlived its usefulness and, besides, far more money is made from selling iPhones.

But it’s a good source of hit bait to claim that “Mac users don’t really matter to Apple.”

Indeed, Apple has, at times, made it seem as if that claim was accurate. The Mac mini has not been refreshed since 2014. After releasing a total redesign for the Mac Pro in late 2013, Apple appeared to drop the ball and mostly abandoned that model.

When a new MacBook Pro was launched in late 2016, some thought the claim that it was a professional notebook was a huge exaggeration. It was thinner, in the spirit of recent Apple gear, but the highly touted Touch Bar, powered by an ARM system-on-a-chip, was thought to be fluff and not much else.

Apple also got dinged for things it had never done, such as supplying a model with 32GB of RAM. But that would have required using a different memory controller that might have impacted performance and battery life. In comparison, most PC notebooks were also limited to 16GB. A future Intel CPU update will offer an integrated memory controller that doubles memory capacity.

Just after Christmas, a Consumer Reports review failed to recommend the 2016 MacBook Pro supposedly due to inconsistent battery life. After Apple got involved, it turned out that CR’s peculiar testing scheme, which involves disabling the browser cache, triggered a rare bug. After Apple fixed it, a retest earned the MacBook Pro an unqualified recommendation.

Was all this proof that Apple just didn’t care about Macs?

Well, it’s a sure thing the Touch Bar wasn’t cheap to develop, and embedding an ARM chip in a Mac is definitely innovative. But Apple’s priorities appeared to have gone askew, as the company admitted during a small press roundtable in early 2017.

The executive team made apologies for taking the Mac Pro in the wrong direction, and promised that a new model with modular capabilities was under development, but it wouldn’t ship right away. There would, however, be a new version of the iMac with professional capabilities. VP Philip Schiller spoke briefly about loving the Mac mini, but quickly changed the subject.

Before the 2017 WWDC, I thought that Apple would merely offer more professional parts for customized 27-inch 5K iMacs. But such components as Intel Xeon-W CPUs and ECC memory would exceed that model’s resource threshold. So Apple extensively redesigned the cooling system to support workstation-grade parts.

The 2017 iMac Pro costs $4,999 and up, the most expensive, and most powerful, iMac ever. You can only upgrade RAM, but it’s a dealer only installation since it requires taking the unit completely apart, unlike the regular large iMac, where memory upgrades are a snap.

Apple promised that a new Mac Pro, which would meet the requirements of pros who want a box that’s easy to configure and upgrade, would appear in 2019, so maybe it’ll be demonstrated at a fall event where new Macs are expected.

But Apple surely wouldn’t have made the commitment to expensive Macs if it didn’t take the platform — and Mac users — seriously. The iMac Pro itself represents a significant development in all-in-one personal computers.

Don’t forget that the Mac, while dwarfed by the iPhone, still represents a major business for Apple. Mac market share is at its highest levels in years in a declining PC market, serving tens of millions of loyal users. When you want to develop an app for iOS, tvOS or watchOS, it has to be done on a Mac. That isn’t going to change. In addition, Apple is porting several iOS apps for macOS Mojave, and developers will have the tools to do the same next year.

According to software head Craig Federighi, iOS and macOS won’t merge and the Mac will not support touchscreens.

Sure, the Mac may play second fiddle to the iPhone, but that doesn’t diminish the company’s commitment to the platform. But it’s still easy for fear-mongering tech pundits to say otherwise, perhaps indirectly suggesting you shouldn’t buy a Mac because it will never be upgraded, or that upgrades will be half-hearted.

Perhaps there’s an ulterior motive behind some of those complaints; they are designed to discourage people from buying Macs and pushing them towards the latest PC boxes that, by and large, look the same as the previous PC boxes with some upgraded parts.

But since Intel has run late with recent CPU upgrades, Apple has often been forced to wait for the right components before refreshing Macs. That doesn’t excuse the way the Mac mini and the MacBook Air have been ignored, but I’ll cut Apple some slack with the Mac Pro, since a major update has been promised for next year.

Now this doesn’t mean the Mac isn’t going to undergo major changes in the coming years. Maybe Apple is becoming disgusted with Intel’s growing problems in upgrading its CPUs, and will move to ARM. Maybe not. But that’s then, this is now.

More in this category: « Gene's Technology Corner: Weekend radio update and, "Shhhh! Alexa is listening!" iPhone will soon share your location data with first responders »
back to top