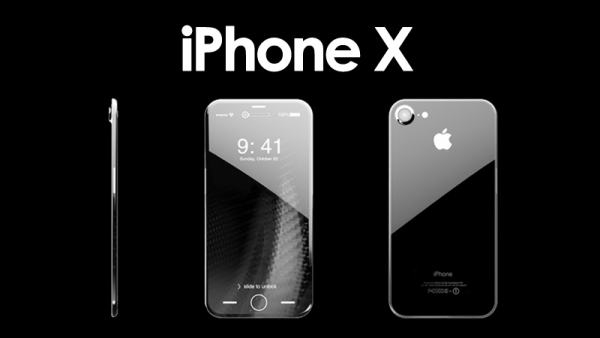 After several weeks of fake news about iPhone X sales, Apple revealed the truth. It was the company’s best-selling smartphone every single week it was on sale over two quarters. This is the first time Apple’s most expensive model achieved that level of sales.

This comes after all the fear-mongering that people wouldn’t pay for a mobile handset costing $999 and more, depending on the configuration. There were surveys demonstrating that a majority of potential customers would reject the costlier models, which is understandable. But with iPhones starting at $349, it only demonstrated that different people have different priorities and different budgets.

But the iPhone X still led the pack among iPhones. I’m sure this is clear to you.

Now I suppose some of you might be skeptical of Apple’s claims about revenue, profits, and the number of items shipped. But the company is following SEC requirements. Filing false reports could get them in a heap of trouble. Look up companies who have run afoul of that agency.

In short, it’s fair to say that Apple is reporting the truth, whereas some members of the media who have repeated the fictions about poor sales are clearly mistaken, or perhaps deliberately lying.

Some of the fake news about poor iPhone X sales allegedly originates from the supply chain. But Apple CEO Tim Cook has said on several occasions that you can’t take one or a few supply chain metrics and assume anything about sales. Apple will routinely adjust supply allocations among different manufacturers and, in some cases, manage inventory in different ways that will impact total shipments.

What’s most disturbing about the iPhone X is that false reports of poor sales are only the latest in a long stream of falsehoods published about the product.

Even when the iPhone X was referred to as an iPhone 8, there were claims that Apple had to make a critical last-minute design change because they couldn’t find a way to make a front-mounted Touch ID work embedded or beneath an edge-to-edge OLED display. The rumors were based on the alleged reason that Samsung put its fingerprint sensor at the rear of the unit.

Sure, Apple went to Face ID, but that feature was supposedly under development for several years. Regardless of the alleged limitations of an OLED display, Apple may have switched to facial recognition anyway. Indeed, there are reports it may ultimately replace Touch ID on all gear.

Once the rumors about facial recognition became more credible, the next effort at fear-mongering suggested it would present potential security problems, or maybe not even work so well. After all, Samsung has a similar feature that can be readily defeated with a digital photo, at least on the Galaxy S8 smartphone. I’m not at all sure at this point whether there are similar limitations on this year’s Galaxy S9, which supposedly has improved biometrics.

Even after Face ID proved to be extremely reliable — nobody claims perfection — there were the inevitable complaints that the iPhone X would be backordered for weeks or months, and thus, after it was introduced early in November of 2017, you wouldn’t be able to get one in time for the holidays.

Over the next few weeks, Apple managed to mostly catch up with orders. So in the days before Christmas, you still had a good chance of getting one on time.

That’s when the critics began to suggest sales had been underwhelming. Apple’s great experiment in fueling an alleged — and never confirmed — iPhone “super” upgrade cycle had failed.

When Tim Cook announced that the iPhone X was the best-selling iPhone and the best-selling smartphone on the planet for each week it was on sale in the December quarter, the next rumor had it that sales collapsed after the holidays, and March quarterly numbers would be perfectly awful.

It got to a point by mid-April that Apple’s stock price, which had approached $180 per share, plummeted to near $160. You can see the trend over at Yahoo Finance and similar sites.

After this week’s news from Apple that all these unfavorable reports were false, the stock price soared. It closed at  $176.57 on Wednesday.

So is that the end of the latest cycle of spreading fake news about Apple? I doubt it. There were similar rumors about previous iPhones, using alleged supply chain cutbacks to fuel such claims. In each case, the rumors turned out to be false, only to return months later in full force.

One would think that, after this keeps happening, the reporters, bloggers and industry analysts who keep spreading this nonsense would learn a thing or to. Then again, if some of it is designed to talk down the stock price, and thus allow the instigators to buy the stock at a lower price before it increases again, you can expect it won’t stop.

I suppose some of these rumors may also have been started by Apple’s competitors. I would hope that the media won’t be fooled by such antics anymore.

But don’t bet on it.